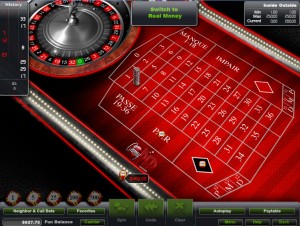 Players have been enjoying various interesting games from Realtime Gaming for quite some time now, but the software developer has not released its own version of French Roulette yet, so fans of that game had to look elsewhere. However, all of that has changed with the release of Realtime Gaming’s own French Roulette.

The game, which is not very different from the classic variant of roulette, is very popular around the world and it seems that Realtime Gaming felt compelled to release its own version of the game due to the high demand. Uncharacteristically, players that want to enjoy Realtime Gaming’s French Roulette will have to adapt to the French names of bets – they will not see names like “odd” or “even”, just “pair” and “impair”. Nevertheless, it is expected that the game will soon become a staple in the company’s repertoire.